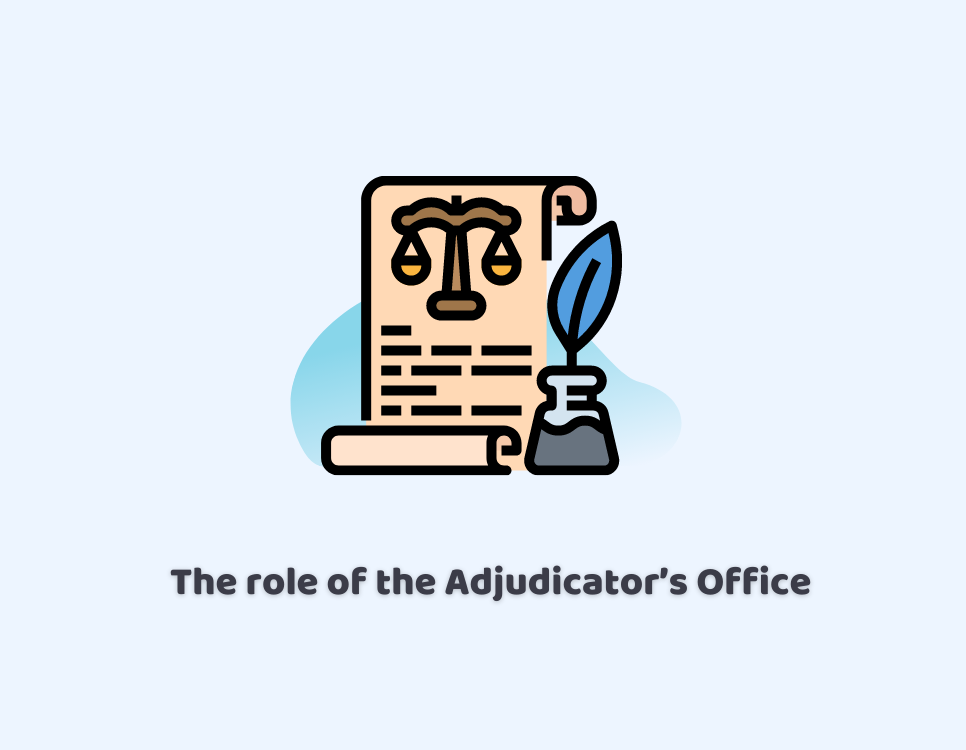 The role of the Adjudicator’s Office

The Adjudicator’s Office (AO) was created in 1993 as an independent tier of complaint handling about the Inland Revenue (now HMRC) and the Valuation Office Agency (VOA) other governmental departments joined later including The Insolvency Service in 2003. Under their role as an independent adjudicator, it is currently reviewing the Home Office (HO) decisions on entitlement to compensation and the HO handling of compensation under the Windrush Compensation Scheme.

The AO’s role is not to review or amend a decision by the relevant government department but rather to rule on whether that department has handled the complaint ‘appropriately and given a reasonable decision’ following the particular departmental policy and procedure. Where the AO decides that the department has failed in its obligation to the taxpayer it will offer recommendations as to what needs to be done to amend. The AO does not normally accept cases received more than six months after the relevant department’s final response.

However, its work is restricted as it can only consider and rule on specific types of complaints namely:

The departmental complaints policy published on GOV.UK website advises customers who wish to refer their complaint to the AO that the complaint needs to be considered by the relevant department twice (to allow HMRC or the VOA the opportunity to put things right) before HMRC will refer the case to the AO. This ‘two stop’ policy means that invariably a complaint is sorted out before being elevated to the AO department. The facts prove the point as according to the AO 2020 annual report, during the year 2019/20 the Adjudicator resolved 1,024 complaints from HMRC customers. Overall the number of complaints partially or wholly upheld increased to 44% (from 35% in the previous year), and for tax credits the upheld rate increased to 46.4% (from 42.8%). Of the cases closed in 2020, most concerned correct council tax banding of properties by the VO rather than cases brought regarding HMRC.

Should a case reach the AO they have powers to award compensation if they deem that a claimant has lost out financially, or suffered anxiety or distress, as a result of HMRC’s error or delay. Even so, the low amount of compensation now being awarded and the derisory amount of £13,896 awarded for ‘worry and distress’ and Nil for ‘financial loss’ out of the total of £127,188 awarded in 2019/20 is the answer to the question as to whether it is worth the time elevating the complaint to AO. Possibly the AO does not believe that such cases cause ‘worry and distress’ or cost the claimant. The Report states that their current timescale is down to 11 weeks but that will be towards the end of the road such that it cannot be unreasonable to assume that the whole complaint process could take more than a year from start to finish.

However, the AO has another important role in giving feedback to HMRC, the VOA or (currently) the Home Office where it is thought that service could be improved. For example, the 2020 Report makes the point that there has been an increase in enquiries into their role directly from the public of what is termed ‘premature complaints and escalation of complaints’. The AO believes that this highlights ‘possible systemic problems in the escalation of complaints and the frustration this caused customers’. As such a Complaints Insight Board was established in July 2020 in recognition of the need to address more effectively those strategic issues that the AO discover.

There is clearly a need for an independent AO not least if their recommendations result in amendment or review of HMRC procedure.

Is Technology Cost or an Asset?