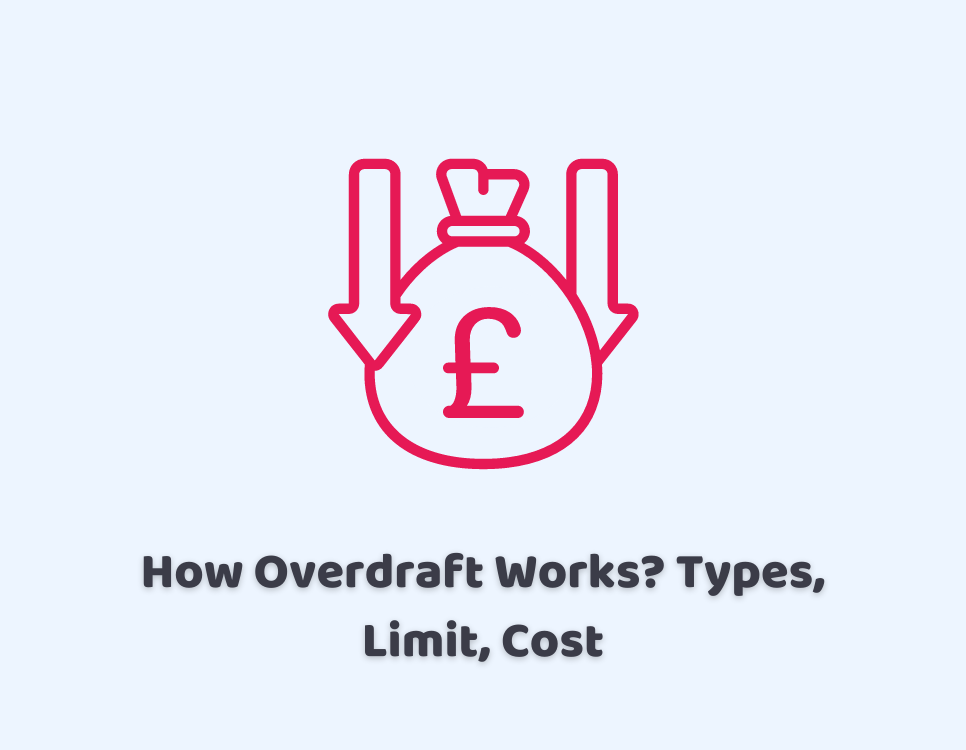 In case you need to pay the unexpected expenses, an overdraft may be a thoughtful way of borrowing money from your bank in the short term. However, before using an overdraft, you should be aware of everything associated with it. Understanding the advantages and disadvantages of an overdraft can assist you in minimising, and even avoiding paying interest. Therefore, this blog will let you know what an overdraft is, how overdraft works, and its advantages and drawbacks. So, let’s start!

What is an Overdraft?

It is a short-term financial loan that permits you to receive a credit facility (temporary) when your account balance goes below zero. You usually get an overdraft on your current account that is based on your credit history.

If your bank provides you with an overdraft, it provides the facility to spend more cash than you have (in a bank account). In addition, it is a debt that you need to pay back to the bank along with the interest or fees. Some banks automatically provide you with an overdraft facility, whereas many of them require a proper application for it.

For instance, if you have no remaining money in your account and you spend £40. In this case, your balance would be – £40. This implies that you are utilising an overdraft.

The following are the two types of overdraft.

These overdrafts are arranged in advance. In this type of overdraft, you agree on a limit at the time of account opening with your bank. Then, you can only spend money up to that agreed-upon limit.

The Advantages and Drawbacks of Overdrafts

Go through the advantages and disadvantages of overdrafts before using one. 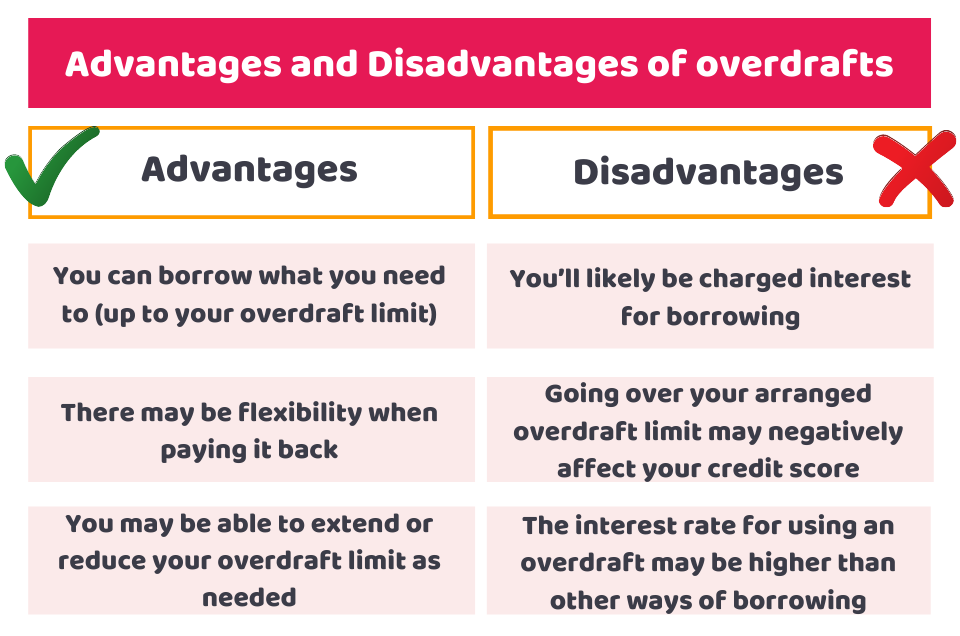 What is the Limit of an Overdraft?

Your overdraft limit depends on multiple factors. It does not merely depend on the type of bank account you use. High-scale banks, for instance, do not provide this service. Furthermore, small and medium-sized banks also don’t provide this service to persons new to credit, have filed for bankruptcy, or have an IVA.

If your bank provides you with an overdraft facility, you may not always be able to utilise it because it solely depends on the bank’s discretion and is subject to status. Your bank will evaluate your creditworthiness, time, age, incomes, and credit ratings, among other things, when you apply for an overdraft. After the inspection, your bank will allow you to use this facility as needed.

What will be the Cost of Overdraft?

Many factors must be considered before making a final decision, as a low-cost option may turn out to be an expensive mistake in the long term. Furthermore, some banks offer this facility without any interest charges and with minimal service fees.

Now that you know how overdraft works. We will conclude our blog by saying that your bank will allow you to utilise the overdraft limit of your current account, but you need to keep an eye on all possibilities to avoid paying higher interest rates and costs. To be on the safe side, we recommend comparing the fees and interest rates of various banks. Additionally, if you use an overdraft frequently, you should consider other options such as personal loans, which are more effective, cost-effective, and have a longer repayment duration.

Looking for expert financial advice! Look no further other than CruseBurke. We have a team of Certified Chartered Accountants in Corydon to handle your finances in the best way possible. Contact now!

Disclaimer: This blog provides general information on how overdraft works.

How to Avoid Emergency Tax? A Basic Guide!

What is Corporate Finance? – A Basic Guide!